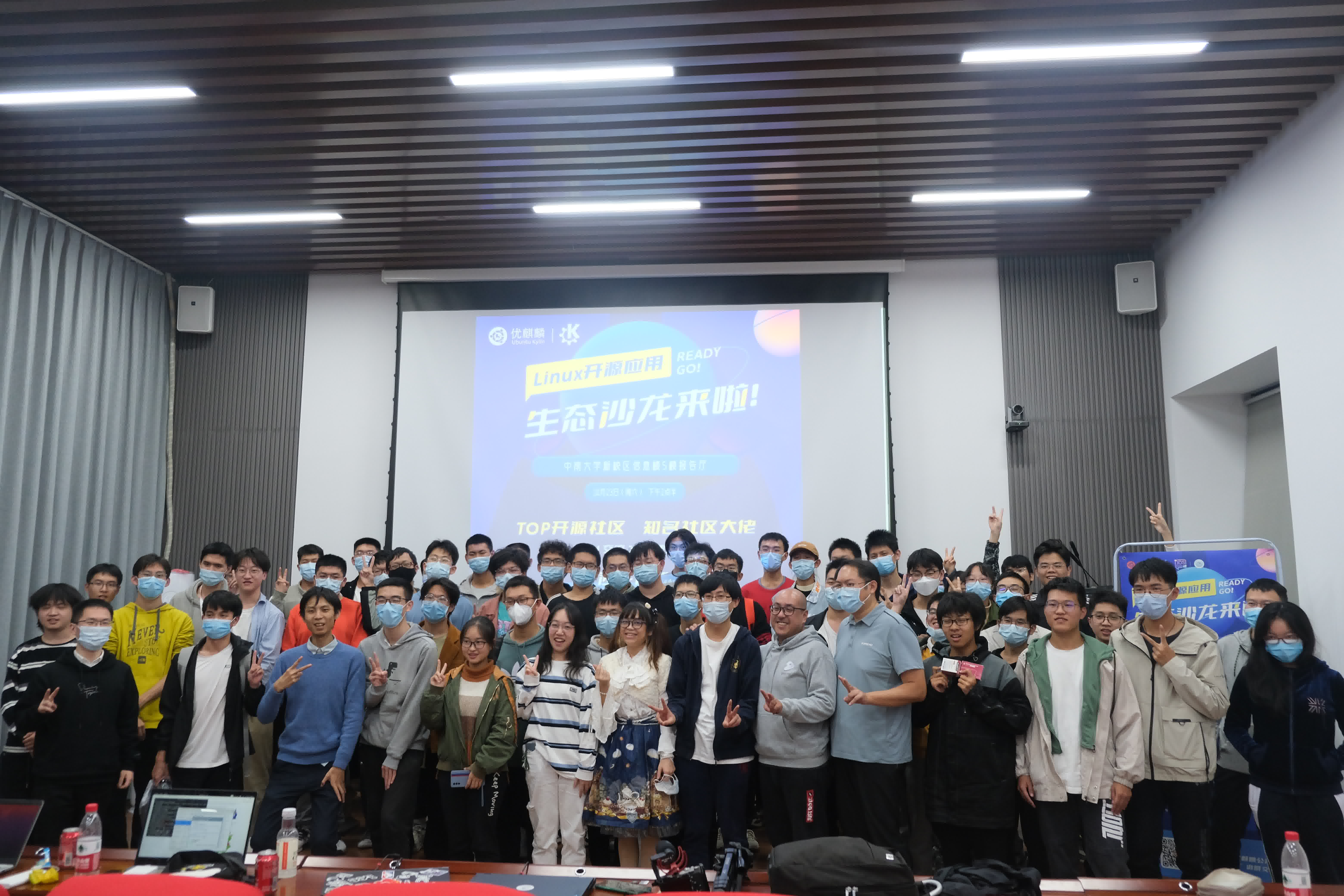 This weekend I traveled to Changsha for the Linux Application Ecosystem Salon 2021 Changsha, which is held by Ubuntu Kylin in the campus of Central South University. The journey itself is uneventful. I’ve never been to any offline Linux events before, I wanted to go to FOSDEM, but then the COVID hit. So anyway, it’s a first time for me. You can view the full news in Ubuntu Kylin’s post

My first Open Source contributing is the writing of KWeather for KDE Plasma Mobile. And then I’ve became KDE developer and join the Plasma Mobile team. In the whole process I didn’t meet any Chinese developer online, and actually I didn’t know if there is any Chinese contributer out there. Thanks to Ubuntu Kylin reached out to KDE which in turn reached out to me, I can meet some Chinese contributors. There were six contributers given talks in event. Felix Yan from Arch Linux unfortunately can’t come in person due to COVID. Talking with KDE people online is really fun, more so in person! Houge is especially humorous! After the meeting, Handsome Feng, Houges, Burgess Chang and me with the support team all went for dinner together. During the dinner, it’s really interesting to hear Houge sharing his stories as a doctor.

During the meeting, I talked a lot with Tyson Tan about krita. Yeah, he’s the one behind all those cute konqi and kate’s new logo! Turns out there is still some issues with digital drawing on KDE Plasma. Mainly the input protocol supports and color adjustment configuration. These issues will be my main focus for the following months. It’s a pity Tyson had to come back home before the dinner. 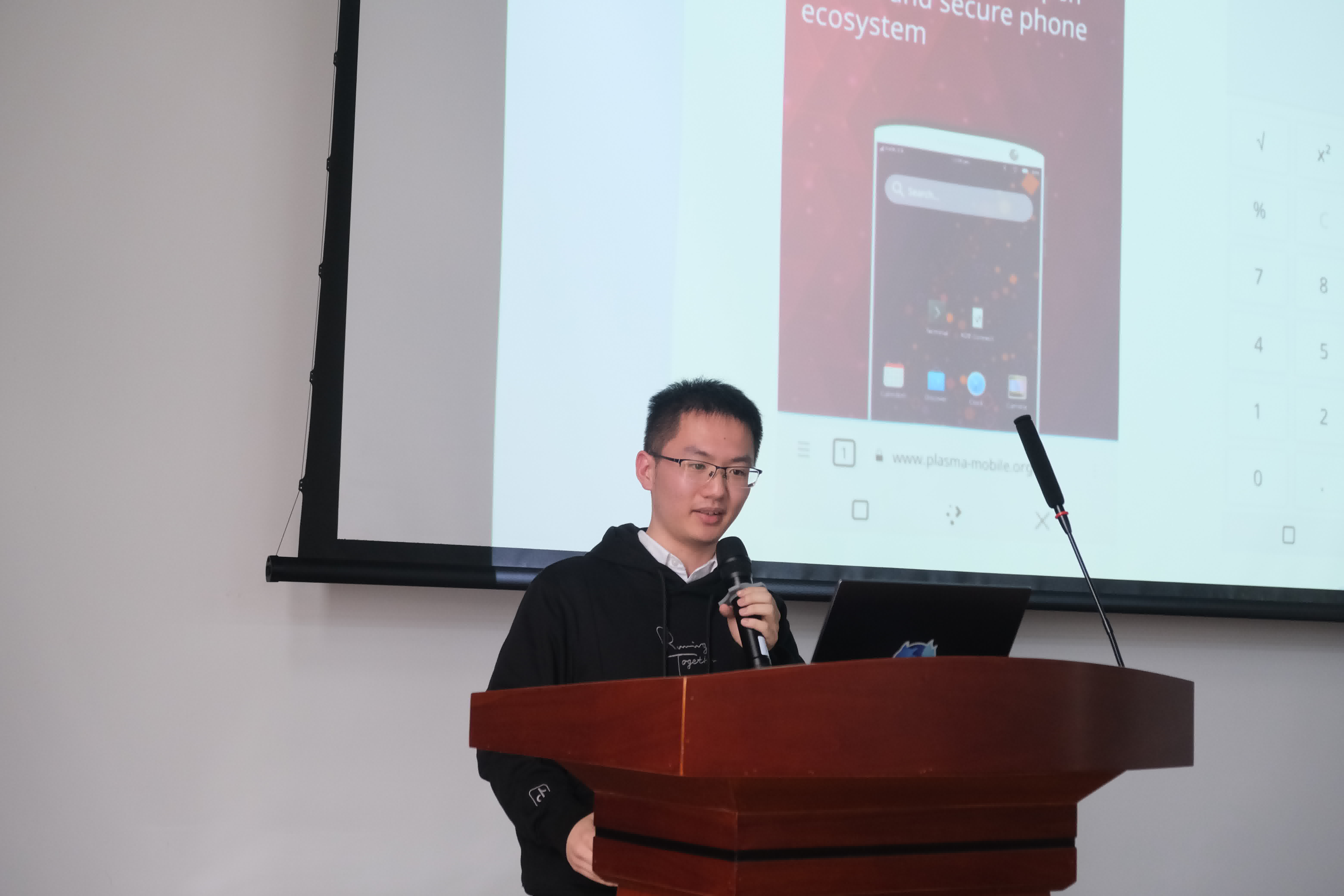 My talk is about Plasma Mobile. I also brought two PinePhone with me to give students a hands on experience. I didn’t go into the depth, more of a sharing talk. But I still get responses from the listeners throughout the talk.

On Krita talk, Tyson is kind enough to drawing a konqi, I think that made it clear that Krita is no less powerful than the commercial products. 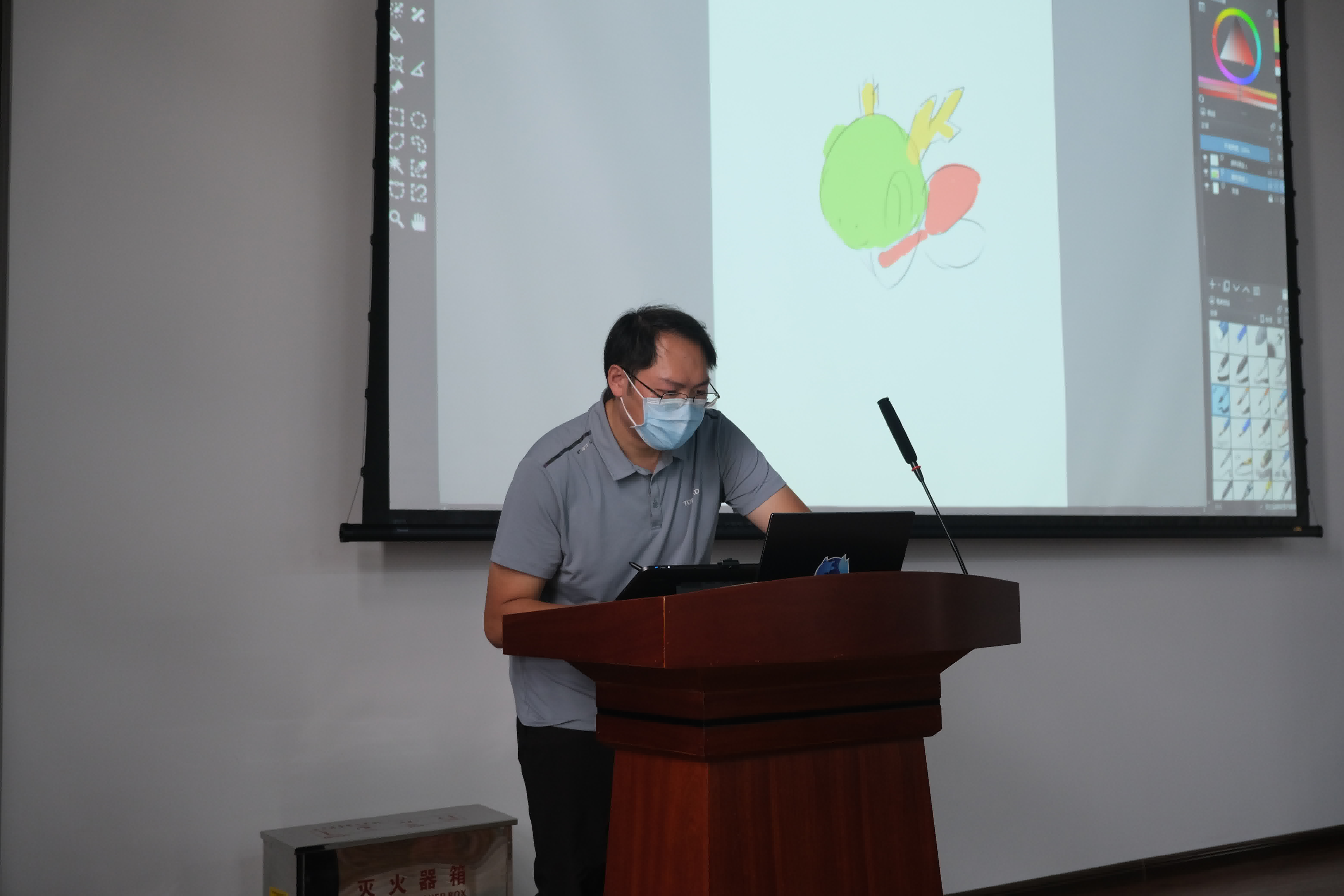 Though I don’t have the photos for the support team, but that doesn’t deny their efforts. I heard the event has had been prepared for over four months. And support people from Kylin Software really take everything into consideration. Huge shout out to Burgess Chang, he’s the organizer behind this successful event.

Even though people from Kylin software make sure the dinner isn’t too spicy, but it still gave me snot and watering eyes. Cuisine from Changsha is just too spicy for me, haha. Tea from “SexyTea” is rather refreshing drink after all those spicy dishes. Though I don’t get why it got such a weird name.